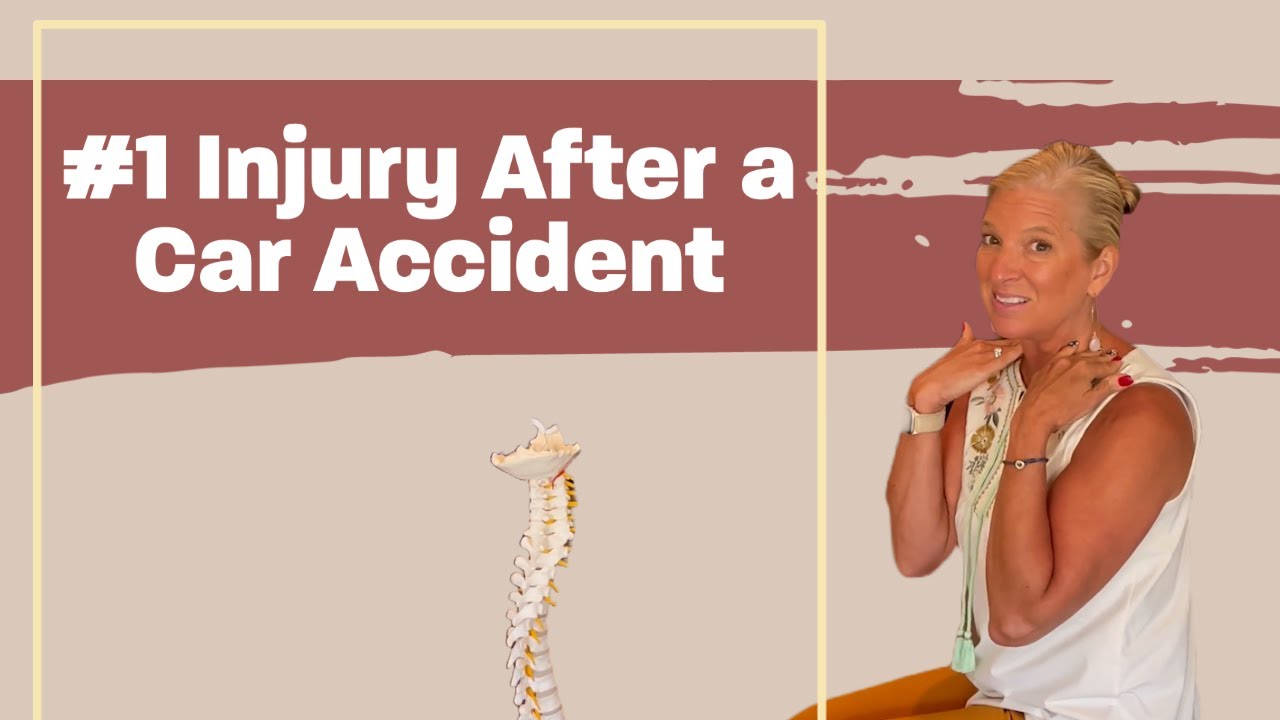 Injury After a Car Accident in Belmar, NJ

By Kinney ChiropracticNovember 22, 2022No Comments

Hi everybody, Dr. Jody Kinney. This next series of videos I’m going to do is on car accidents, auto accidents, motorcycle accidents. If you’ve been in an auto accident, you definitely should see a chiropractor shortly after, even if it was a fender bender or something that you think wasn’t as severe.

Often, I have patients who are like, I just got hit from behind, it didn’t seem like anything and a month, six weeks, eight weeks later, they’re having neck pain or having back pain. So it’s important to get checked early if you’ve been in a car accident.

Today, what I want to talk about is a whiplash injury. So a whiplash injury is when your neck is injured in an accident, when we look at what a normal neck curve looks like, to the side, you know, if you’re facing this way, you should have this backwards, sort of like banana shaped curve to the neck. When you’re in a whiplash injury, you’re usually hit from behind. When you’re sitting in the car, either as the passenger or the driver, you may not see this coming, you may see it coming but often what happens is you get rear ended really hard, your head whips back and then whips forward. And that causes the injury to the muscles, the ligaments, the spine, perhaps the discs, and most likely the nerves in your neck.

So what ultimately we see in patients who have had old whiplash injuries, even new whiplash injuries, is they don’t have a good curve to the neck, the neck is completely shifted forward. And it puts all this anterior stress on the discs on the joints, and causes a lot of stress and strain on the nerves. If you’ve ever been in a whiplash injury, you need to see a chiropractor, even if it’s been years ago, because often what I see is no curve in the neck results of an old whiplash injury, which gives rise to disc problems and arthritis earlier than you would normally have. We start to see after an whiplash injury. So please come to Kenny chiropractic.

If you’ve been an accident or injury or know someone who has get your spine checked immediately the sooner the better so that you don’t suffer long term chronic problems later in life. Alright, hope that helps. See you soon.

At Kinney Chiropractic, we pride ourselves in really listening and getting to the root cause of why you are in pain and not living up to your true potential. We go above and beyond with a thorough exam and specialized digital X-rays so we can fully understand what’s causing your problem. My Favorite Treatment For Spinal Degeneration | Chiropractor for Arthritis in Belmar, NJ So we're… Get Rid of Low Back Pain After a Car Accident in Belmar, NJ